“Our aim for this rally was a strong start to our R-GT Cup campaign,” says Richard Tuthill. “Everyone in the Tuthill Porsche workshop has worked tirelessly since the car’s last WRC outing on Rallye de France-Alsace, making changes required by the FIA and a few more based on driver feedback.

“François has also worked hard. His commercial efforts brought in a major new sponsor, and he’s maintained a high level of personal fitness through the winter. What we’ve seen in the last two days of rallying is a product of all that commitment.”

Following a successful two-day test in the mountains around Monte Carlo, and three days spent making detailed pace notes over the many new stages on this year’s Monte, Delecour was quick straight out of the starting blocks.

On the snow-covered 21 km night stage of Entrevaux – Rouaine, François’ 997 was one minute, twenty-three seconds faster than Dumas’ 4-litre. This set the scene for a series of blistering times through stages coated with black ice, deep snow and mud. At the end of day two, Delecour had stretched his advantage to two and a half minutes. The driver could scarcely contain his excitement. 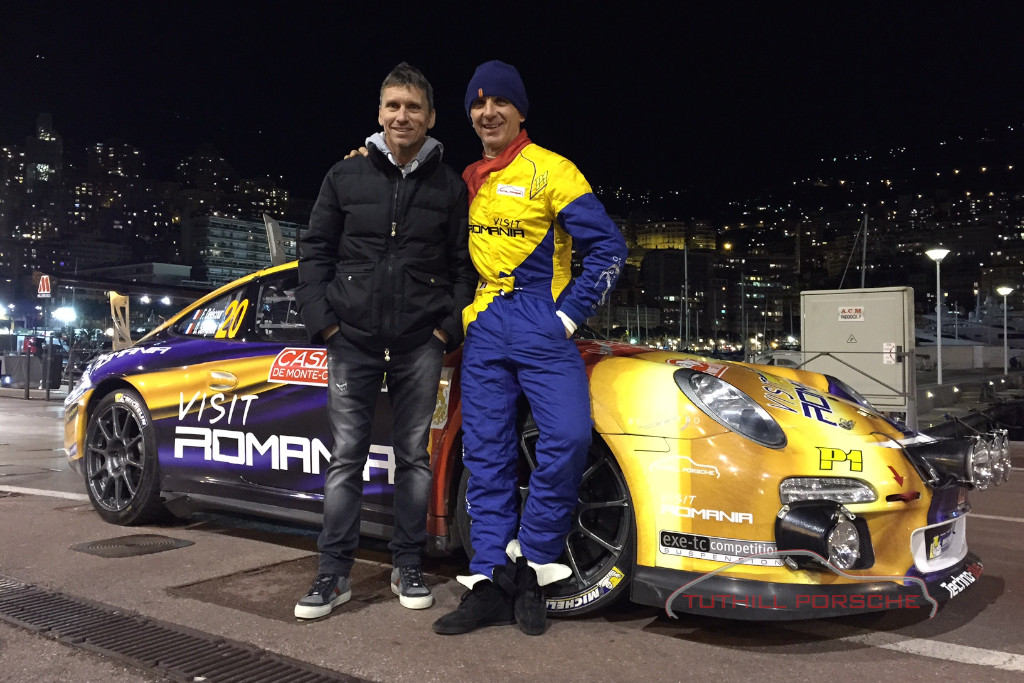 “It’s fantastic to drive a Porsche in Monte Carlo: it’s a dream,” enthused Delecour (above with Gilles Panizzi) to WRC Live Radio. “When I was a little boy, I watched Waldegård and Nicolas, winning Monte Carlo in 911s, so today it is a dream for me to drive this car on this rally.

“Things now are more complicated than in the past, because we have to run these large-tread tyres, which makes it very difficult to keep the car on the road in tricky conditions. That said, we are happy and will keep pushing hard.”

The 2015 Monte Carlo Rally continues with four tricky stages on Saturday – including the two longest stages in the rally at 51 km and 36 km respectively – before finishing in the mountains above Monaco on Sunday afternoon. Follow the latest news and stage times on www.wrc.com or via our Twitter feed: @Tuthill_Porsche.

This website uses cookies to improve your experience while you navigate through the website. Out of these, the cookies that are categorized as necessary are stored on your browser as they are essential for the working of basic functionalities of the website. We also use third-party cookies that help us analyze and understand how you use this website. These cookies will be stored in your browser only with your consent. You also have the option to opt-out of these cookies. But opting out of some of these cookies may affect your browsing experience.
Necessary Always Enabled

Any cookies that may not be particularly necessary for the website to function and is used specifically to collect user personal data via analytics, ads, other embedded contents are termed as non-necessary cookies. It is mandatory to procure user consent prior to running these cookies on your website.