This year’s Ypres Rally follows the traditional two-day format. Competition takes place over seventeen special stages on the fast Tarmac roads of West Flanders. The compact route sees an equal liaison-stage kilometre split, with the start, finish and service area set out in the Market Place in the centre of Ypres, as it has been for decades. 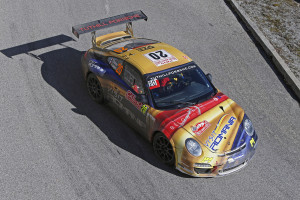 Ypres is the second round of the 2015 FIA R-GT Cup. Round 1 was January’s Monte Carlo Rally, which was won by François Delecour and Dominique Savignoni in a Tuthill Porsche R-GT car, ahead of Romain Dumas and Marc Duez in their R-GT Porsches.

Four R-GT 911s will do battle in Ypres, with two Porsches driven by previous winners of this excellent rally. Four-time winner in Ypres, Belgium’s Patrick Snijers joins the R-GT class in his 997, with former winner Marc Duez competing in his 996 GT3. Romain Dumas returns in the 997 GT3 RS 4.0 rally car, while the Tuthill Porsche team of Delecour and Savignoni come back keen to maintain their R-GT championship momentum.

Running behind the European Championship cars are the historics. Tuthill Porsche has prepared two historic 911s for this event: Glenn Jannsens in the National Championship and Howard Redhouse in the FIA category.

For Ypres, navigator Eric Gressens joins driver Glenn Janssens in the championship-winning historic 911 built by Tuthill Porsche. Now with an all-new livery, the fire-breathing Porsche is always a hit with spectators and makes a welcome return to the thrilling Belgian Championship. 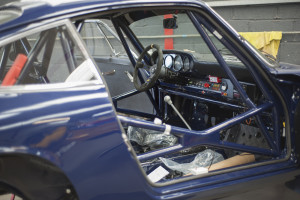 Running behind the national championship competitors are the non-championship FIA historics. Debuting on this year’s Ypres Rally is a stunning 1965 Porsche 911 SWB rally car (above) built by Tuthill Porsche for Howard Redhouse: winner of last year’s one-day Tour Britannia Mini event. Howard is joined by co-driver Calvin Cooledge for the car’s maiden outing.

“Ypres is always a very exciting weekend,” said team boss, Richard Tuthill. “The flat Belgian landscape may look less challenging than the mountains of Monaco, but this is a very difficult rally. The route is lined with hidden kerbs and drainage ditches, waiting to write off a rally car: stray too far from the perfect line and your rally can be over in seconds.

“The excellent torque and traction of a Porsche 911 is well suited to Belgium. Many stages involve short bursts between ‘square’ corners: ninety-degree bends requiring precision and commitment. It is a real thrill to be taking three such different 911s out to face Ypres and the cream of European rallying: here’s a great event for all of our drivers.”

Follow Tuthill Porsche progress and share your pictures of our cars on the 2015 Ypres Rally via our social media pages! We will be tweeting rally updates all weekend and sharing photos on the Tuthill Porsche Facebook page.